On Sunday June 7th Estremoz and the whole of Portugal witnessed one of the most anticipated moments of the year—the presentation of the winner of ‘Got Talent Portugal’ 2020, and to say that Estremoz was probably the proudest town in Portugal is an understatement. Two young men from our town won the main prize and proved that Estremoz is not only rich in natural beauty and vineyards, but also in talented people.

The artistic acrobat duo of João Pataco e Miguel Tira-Picos not only took home the top prize on the show but also won the hearts of all the jury members and many people across Portugal with their unique performances and style.

João and Miguel were born in Estremoz but moved to Lisbon to pursue their dream of being acrobats and went on to study at Chapitô, but they never forgot their origins and where their love for dance and performance began.

Their journey on the show wasn’t easy, and in the second phase of the contest, despite pulling off a risky number, the public decided that it was the time for them to go. But luckily the jury saw the real talent in them and gave the duo another chance by reaching for the Wild Card, which in the end gave them the ultimate ticket to the finals.

With their final performance on June 7th, they once again proved that their talent and love for what they do is what matters most. Luckily this time the public saw it too and decided to crown them the winners of ‘Got Talent Portugal’ 2020.

I myself am very proud of these two young men who followed their dreams and have shown the whole of Portugal what Estremocenses are made of. Who knows, if we’re lucky, maybe soon we’ll see a special performance from the winners here in Estremoz! ? 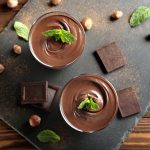 Who makes the best chocolate mousse in Estremoz? I think I have the answer… 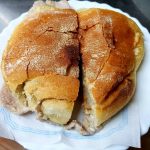