The Alentejo region of Portugal is the largest by area in the country, and it stretches all the way north to the River Tagus (Tejo), that flows into the sea at Lisbon. Having heard there were some great river beaches and passadiços (wooden walkways) to explore, we decided to take a trip to Alentejo Alto to see for ourselves. Only an hour and a half’s drive from Estremoz, we trundled off in the ‘bus’ to the municipal campsite at Ortiga, which is a small village that falls under the municipal district of Gavião.

The campsite is reached by crossing an industrial looking river dam, only wide enough for one vehicle at a time. As the traffic lights that control the flow of traffic don’t actually work, you have to rely on the courtesy of oncoming drivers to give way until you are fully across.

It was our first experience of staying in a municipal-run campsite but must say we found it clean, quiet and secure—as well as being cheap to stay. Just outside the campsite is a playa fluvial (manmade river beach), which being October we had all to ourselves apart from a few line fishermen. It was a strange feeling to swim in among the fish, but they didn’t seem to mind the intrusion of two humans and a dog!

We spent the first day exploring the immediate surroundings. There are several hiking trails to take from Ortiga, but we chose one that followed the river westwards, called Pesqueiras e Lagoas do Tejo (Fisheries and Lagoons of the Tagus). After an exceptionally dry summer, water levels were low, but the view over the Tejo was still impressive and we climbed up to several viewpoints looking back down onto the river basin. The trail passes though swampy lowlands as well and opens out to the river at spots at the fisheries. A highlight for us was to stand in the sunshine and watch the larger fish jumping out of the water to feed on flies and other insects. 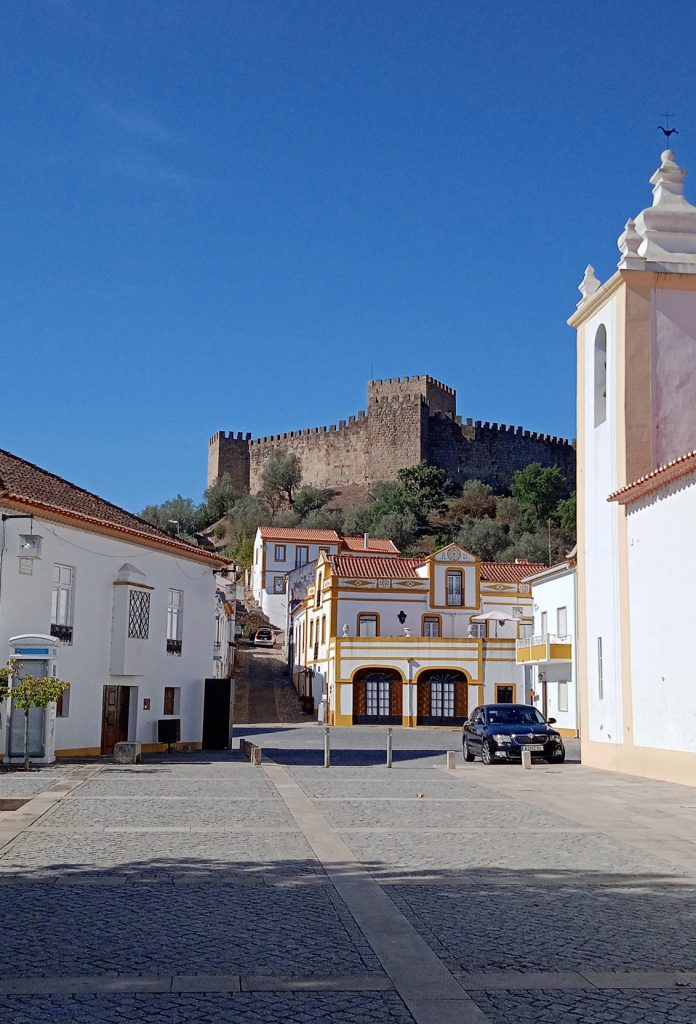 On day two we drove to the nearby village of Belver, stopping for a coffee at a café in one of its narrow streets. The locals told us that Belver is the only town that lies on the northern banks of the Tagus and is still part of the Alentejo, thanks to the fact that it belongs to the municipal area of Gavião (to the south of the river). Although a smallish village, Belver is famous for other things: hosting Portugal’s greatest poet and writer (Luis de Camões) who self-exiled here in the 15th century for his indiscretions at court, and it’s imposing castle built by the Knights Hospitaller in 1194.

Reached only on foot, the steep climb ensures that only determined history lovers make it to the castle walls, a feat that is rewarded with stunning views back down along the Tagus. Legend has it that Belver was so named by a Portuguese princess, who on seeing the beautiful vistas before her exclaimed “Que belo ver!” (What a beautiful sight).

It was one of the first castles in Portugal to be built by the Hospitallers, and set right on the River Tagus delineated the divide between north and south of the country with the Christian held lands to the north and the Moors to the south. There is a little 16th century chapel inside the outer walls, dedicated to São Bras, with an unusual altarpiece that once held religious artefacts brought with the knights when they left the Holy Land. 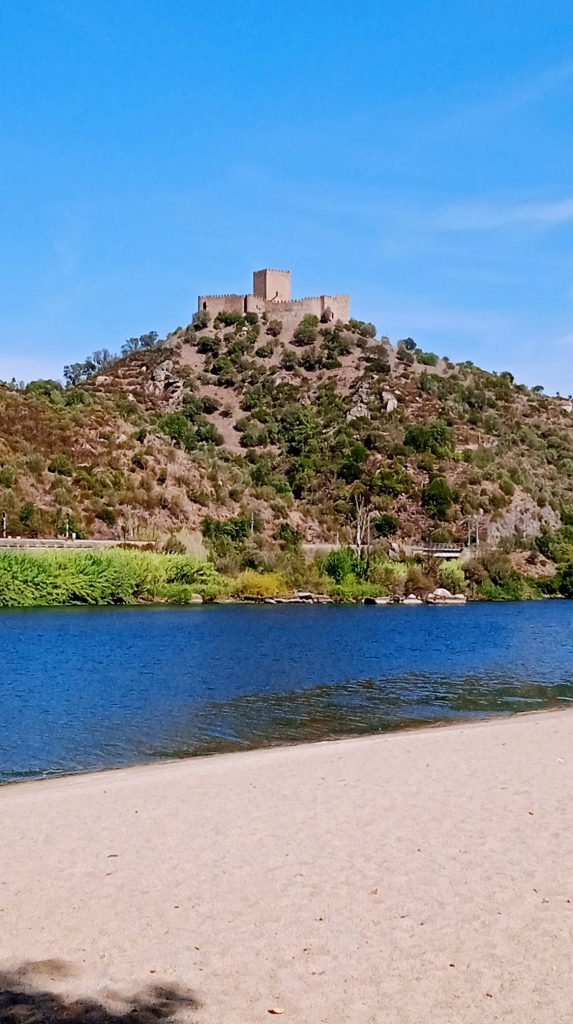 After visiting the castle we dropped down to Alamal on the other side of the river, which has another river beach and walkway that hugs the banks of the Tagus for around two kilometres. We had lunch here on the beach at a reasonable restaurant before heading back over the hills to Ortiga.

Parque de Campismo Municipal de Ortiga
Nothing fancy but for the price (€8/night for a camper, two people and a dog) it is excellent. The location is right by the river and quiet (off season), it offers very good wifi, wash facilities and clubhouse. Reception and security staff are friendly and offer lots of information on the area – fresh bread delivered every morning. What more could you want? 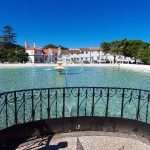 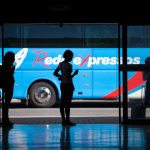